Gay Coaching: How To Avoid Identity Crisis For Gay Men Over 40 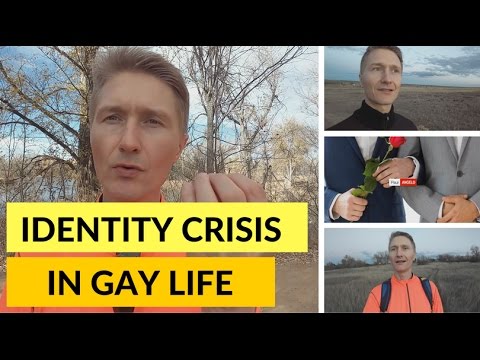 ► Paul Angelo is a gay matchmaker and a relationship coach working exclusively with gay professional men over 40 who are ready for a serious relationship and marriage. By 2017, Paul has spent over 8,000 hours coaching and guiding his clients in the areas of gay dating and relationships.

Paul’s contribution to the world of gay psychology includes the development of a brand new gay philosophy and a brand-new framework for gay sexuality that simplifies dating, creates commitment and monogamy.

Paul is the creator of a popular and high-end matchmaking program called: Big Gay Family that changes the way gay men meet and creates relationships that start with emotional connection instead of sexual. All men are welcome to join Big Gay Family and experience a paradigm shift in personal friendships and relationships.

Identity crisis can be a challenge for gay men who are seeking deeper connections in dating. The idea is simple – “become the kind of person who behaves in such a way that the result you want produces itself”. Another way of saying it is: “shape your identity so that your behaviors lead you to the result of having commited gay relationships.” Let’s discuss the most common obstacles related to identity that prevent gay men from succeeding in relationships, money and health.

Ain’t Nobody’s Bizness if I Do

May 27, 2022
We use cookies on our website to give you the most relevant experience by remembering your preferences and repeat visits. By clicking “Accept All”, you consent to the use of ALL the cookies. However, you may visit "Cookie Settings" to provide a controlled consent.
Cookie SettingsAccept All
Manage consent