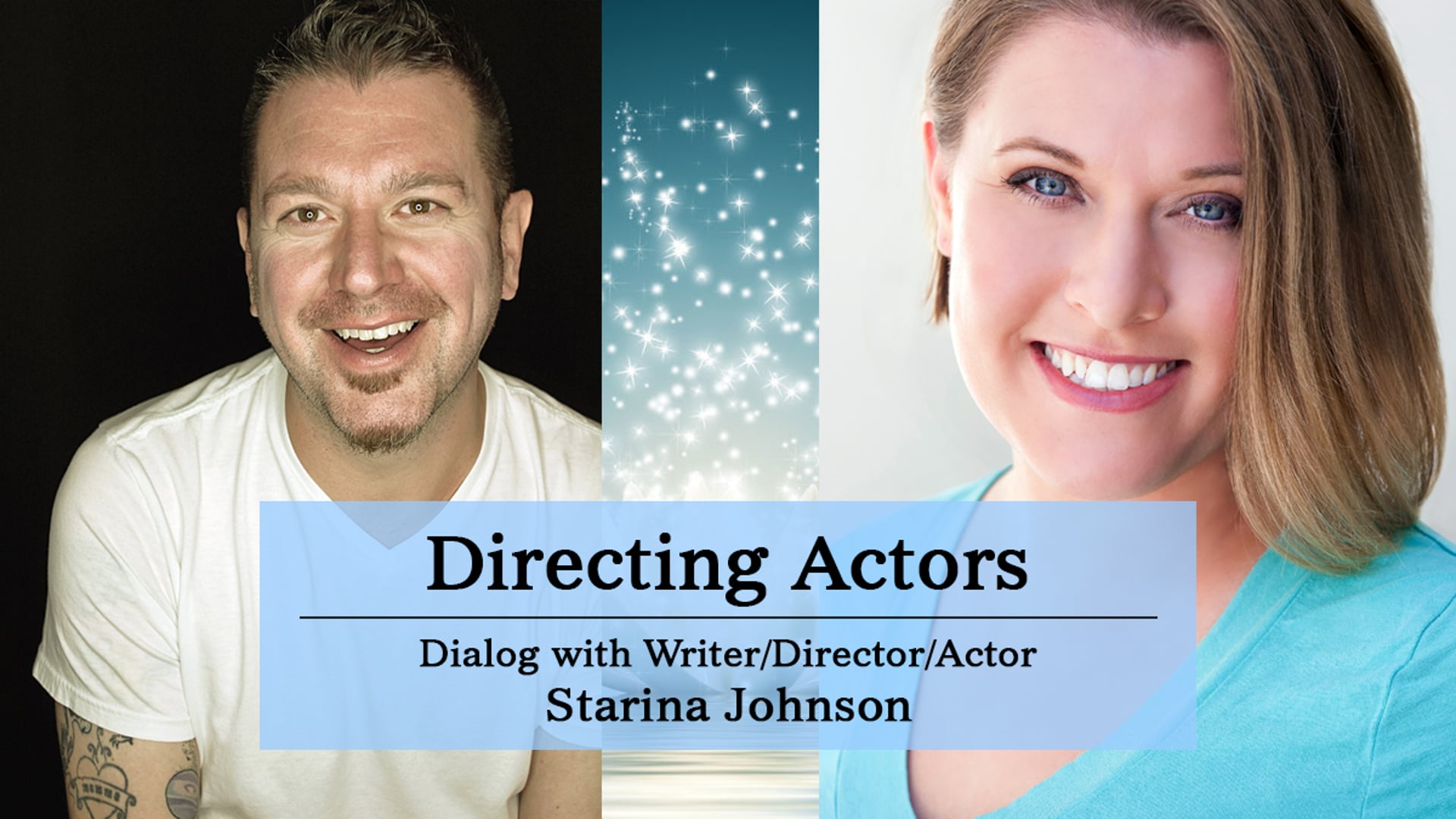 Join Steve for a dialog with Writer/Director/Actor Starina Johnson on Directing Actors. The discussion will span from various aspects of directing actors to being an actor and working with directors – and everything in between.

After receiving several acting and public speaking scholarships, Starina decided to pursue acting as a profession, eventually transitioning into producing, writing, and directing.

Starina can be seen in award-winning films such as “West Hollywood Motel”, “More Scenes from a Gay Marriage”, “A Measure of the Sin”, “Stuck!”, “Casserole Club”, “Watch Out”, and “Roundball”.

Starina’s play Border Towns won SLAM Boston’s Diverse Voices in Theatre competition. And her short plays have been produced in theatres across the country.