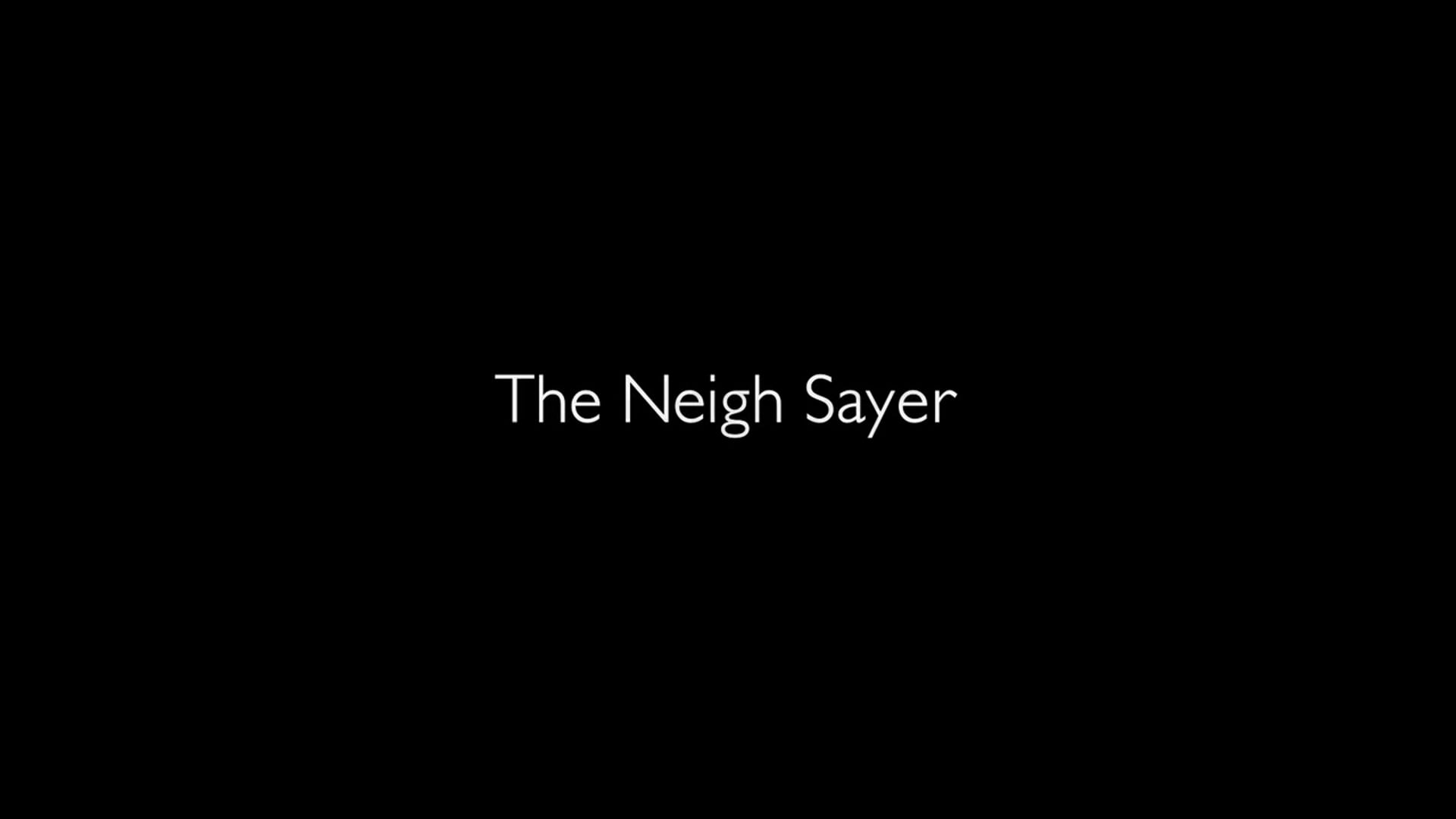 Each era creates or revives mythologies to help make sense of the world. The Neigh-sayer is a short film, extending the myth of an ancient mystical creature into a science fiction scenario. The film depicts a BBC News scene in which women rule the world, featuring an interview with the head of an imaginary institution; the HistoryFactory – a menimist activist movement led by Sir Henry Charles Philip Turner – the white working unicorn. The myth of the monoceros transposed into the fiction of the white working leader, advocating men’s rights. The script is based on actual statistics on gender inequality within the creative sectors, with a focus on the film industry.

The concept supports subversive thinking by illustrating the absurdity of current debates in feminism, often purely focused on women instead of general identity politics and by doing so reinforcing bias and social prejudices. Since social norms cover up these edges of injustice, the short film alienates the gender struggle by not only swapping the power system but also exacerbating the issue of toxic constructed masculinity within the labour market by representing the male voice though the mystical creature of the unicorn, who can only be understood by it’s translator.

The unicorn is an ancient phenomena across Europe & Asia. It’s myth dates back to the middle ages and ancient greek. Throughout time it exists in across various narratives and transforming from a wild beast to a gay rights campaigner and eventually a highly commodified fashion accessory for kids and adults alike. It is a symbol for our mixed up age, simultaneously representing purity and innocence, debauchery, sacred love and a panacea. A heraldic animal as well as a phallic symbol. His myth is the incarnation of a post truth figure – not existing in reality but through fantasy and emotions, with the famous sentence; “if you will believe in me I will believe in you.” (Lewis Carroll’s Alice through the Looking Glass)

The myth of the unicorn is used to reveal gender bias in the conceptualization of power within the institution. By applying a mythology we are questioning the system of understanding around narrow focused gender debates. We encourage institutions within the creative industry to look at inequality from a different angle using extended mythology to open up a more inclusive discourse.

Aug 14, 2022
We use cookies on our website to give you the most relevant experience by remembering your preferences and repeat visits. By clicking “Accept All”, you consent to the use of ALL the cookies. However, you may visit "Cookie Settings" to provide a controlled consent.
Cookie SettingsAccept All
Manage consent