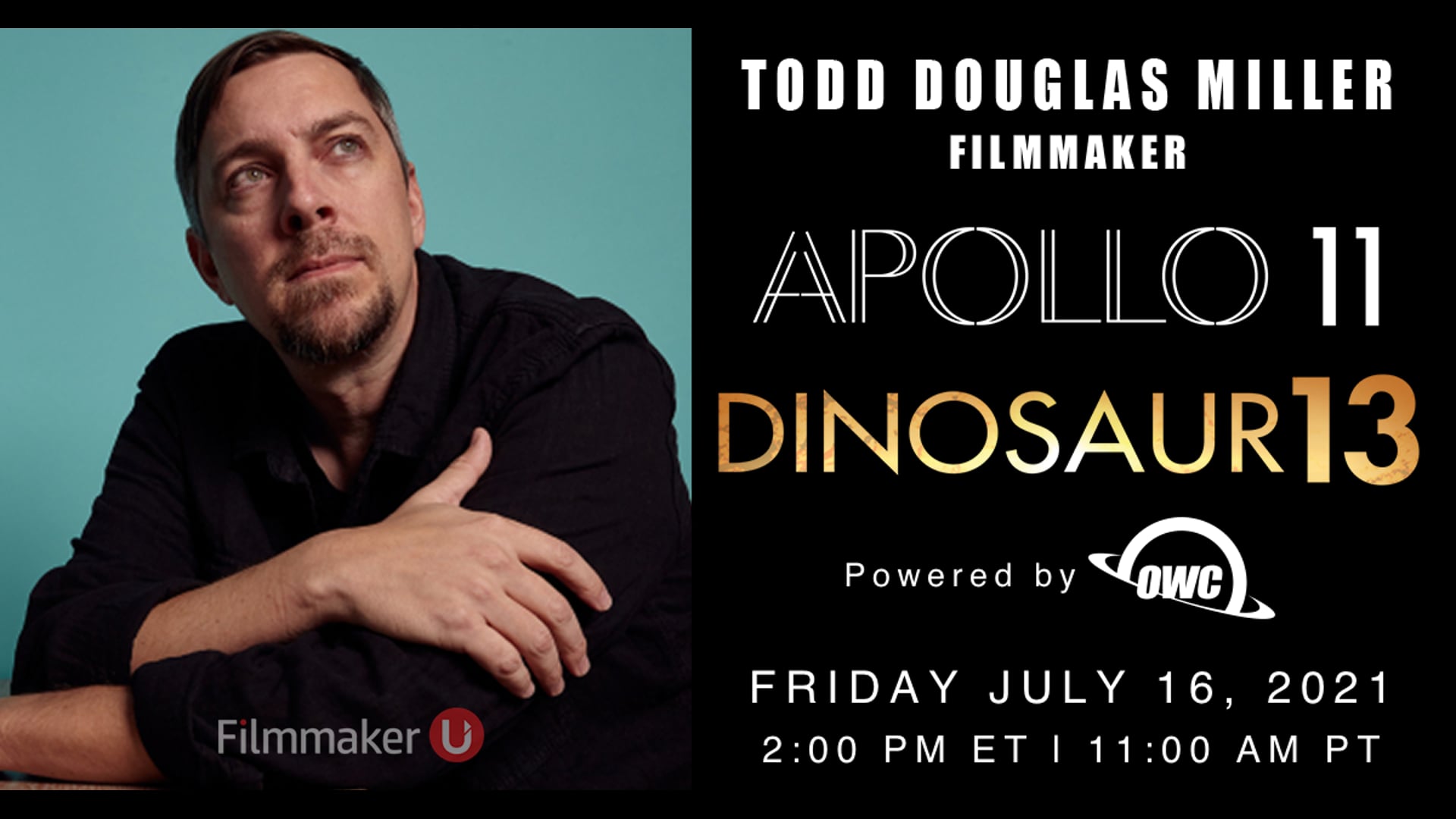 Last Friday, July 16th we are joined by the award-winning Filmmaker of the “Apollo 11” documentary, Todd Douglas Miller! We can’t wait to go behind of the scenes of the critically acclaimed documentary through the eyes of the filmmaker who took on so many roles to make. Join us live and ask questions at 2PM EDT Friday!

Todd Douglas Miller is an American filmmaker known for directing the award-winning films “Apollo 11” and “Dinosaur 13.” Todd also edited “Apollo 11,” for which he won an Emmy and an Eddie for editing, as well as many other nominations and awards. He also directed and produced the Emmy-winning film “Dinosaur 13,” which premiered at the 2014 Sundance Film Festival. Other films include “Gahanna Bill,” “Scaring the Fish,” “The Last Steps,” and “Apollo 11: Quarantine.” His company, Statement Pictures, based in Brooklyn, NY, produces feature-length films, documentaries, and large-format/IMAX films for science centers and museums.

Our Filmmaker U Chats are now Powered by OWC!

—
Before the age of digital, mentorship played a key role in film crews, post rooms, and a filmmaker’s career development. Places like the cutting room were hubs for passing on techniques, ideas, war stories, teamwork, and developing relationships that would help you evolve your career. You would move from trainee to assistant, and eventually, the day would come where you became a full-fledged Cinematographer, Editor, Colorist, VFX Artist or any other position in the film industry.

Pros who had worked years and were coming close to the end of their career, delighted in sharing their knowledge and ideas that they had learned over the decades. However, in the digital era, young film professionals are thrust into positions without having the chance to learn from those at the top of their game.
Filmmaker U was created to help fill this void in the modern-day film industry. This online education series brings the best in the business from behind the camera, to any aspiring artist anywhere in the world who can no longer obtain this type of apprenticeship.

How to reduce depression? /Akasha