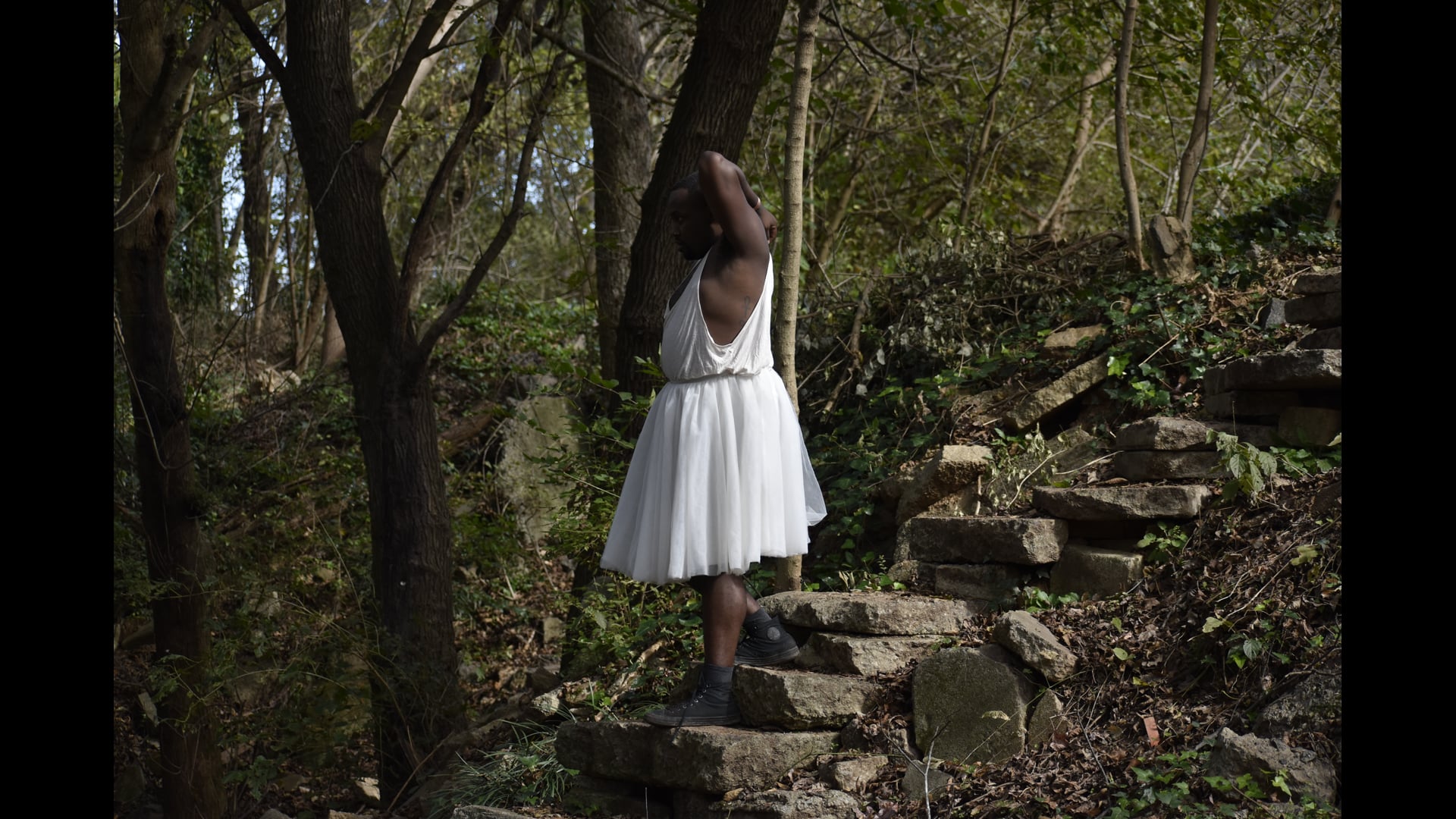 ‘a shy, [RED] moon’ is an integrated choreographic short-film combatting the complex and volatile attitudes of a silent killer that has succeeded in claiming the lives of millions of black gay men, the HIV/AIDS epidemic. Understanding that HIV/AIDS is no longer a death sentence, we must acknowledge the crumbling and discouraging impact of stigma on kept secrets, personal sickness and community. Employing investigative qualitative research, this work follows the HIV-positive lives of four black gay men within the city of Atlanta. Connected by their status, we will identify with the literal rearrangement, painful past and the powerful gesture of healing from the awkwardness and discomfort surrounding being infected and accepted. Additional research includes a collection of personal essays, Fighting Words by Charles M. Smith; research studies from the Center for Disease Control; and HIV-positive author, Danez Smith, collection of poems, “Don’t Call Us Dead.”

Engineered in collaboration with local filmmaker, Kris Valeriano; Okwae A. Miller retaliates against stigma through a provocative montage of movement, digital filmmaking , and original sound collage to ascend towards sustainable attitudes around sexual wellness, health and restoration of community. Activated by four dancing artists, ‘a shy, [RED] moon’ will captivate audiences with the nuanced pressures of living, thriving and surviving with HIV/AIDS through the experiences of four black gay men. Presented as a documentary style short film, dancers will transcribe the experiences of being infected and affected by HIV through several site specific locations throughout The Kirkwood Urban Forest in Atlanta, GA.

The digital film,‘a shy, [RED] moon’ will be performed to an original sound collage engineered by Atlanta-based Sound Engineer, Kashii.

This work is supported by Fulton County Arts Council, Idea Capital’s Margaret Kargbo Artist as Activist Grant and through the support of our community!