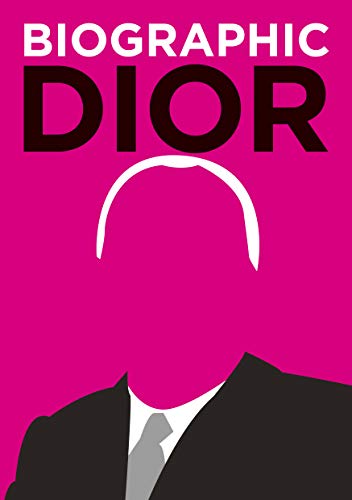 The Biographic series presents an entirely new way of looking at the lives of the world s greatest thinkers and creatives. It takes the 50 defining facts, dates, thoughts, habits and achievements of each subject, and uses infographics to convey all of them in vivid snapshots. Each Biographic title is designed to be as entertaining as it is informative. Timelines not only pinpoint significant dates, but set them in the context and culture of their times. Dynamic maps locate biographical events alongside other points of interest. Character traits are illuminated by visual comparisons. Many people know that Christian Dior (1905 1957) was a French fashion designer, the founder of the world famous fashion house that carries his name. What, perhaps, they don t know is that he once owned a small art gallery selling work by artists including Pablo Picasso; that he employed a young Yves Saint Laurent as his assistant; that he included a garment in each of his shows named after his home town of Granville; and that he had a superstitious belief in the number 8, with the house of Dior being housed over 8 workshops in an 8-storey building in the 8th district of Paris. Biographic: Dior presents a visual catwalk through his life and work, with an array of irresistible facts and figures converted into infographics to reveal the genius behind the garments.

This Beat Is Mine