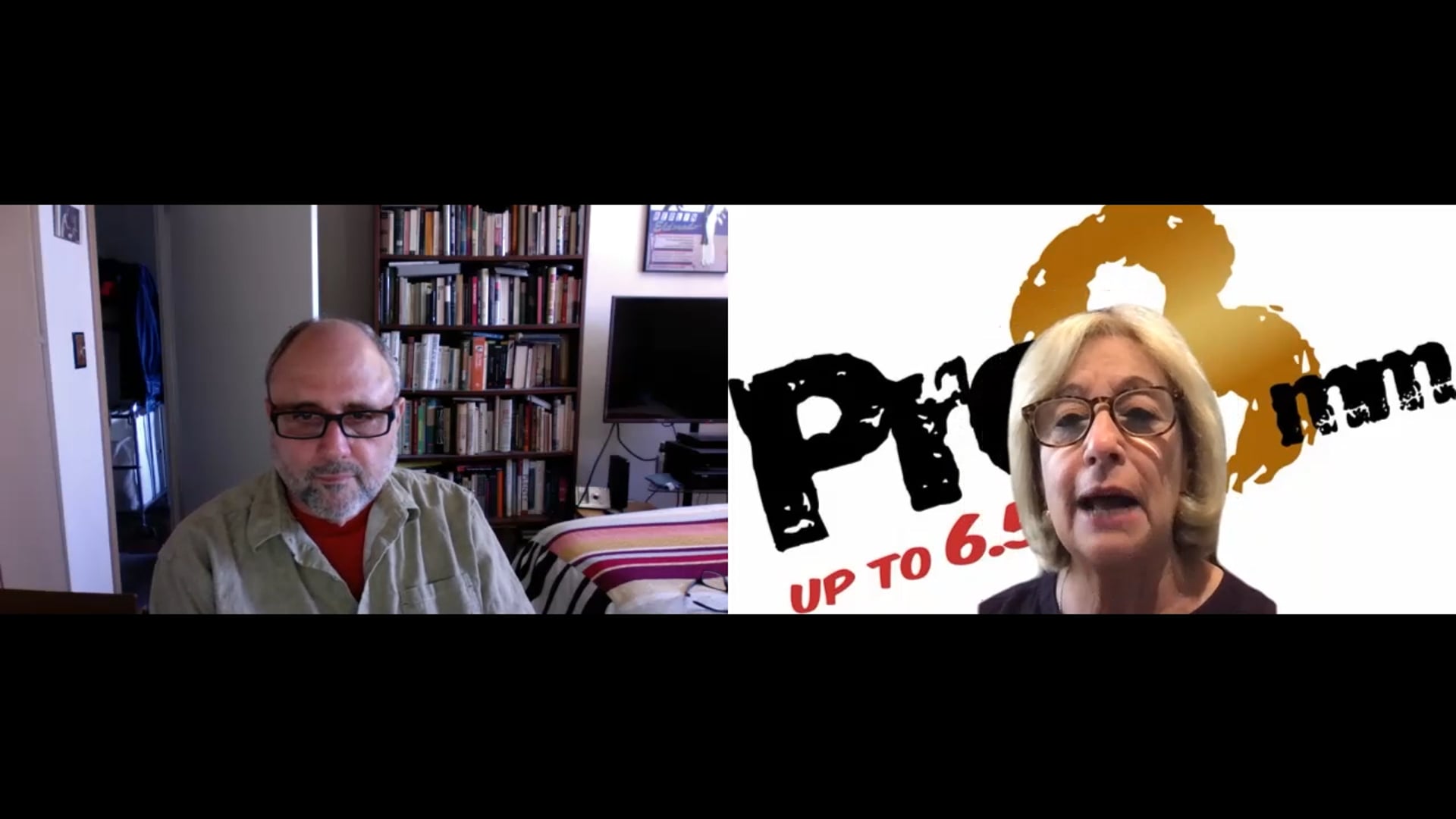 Filmmaker Jim Hubbard took part in a Q&A in connection with the program, “Marches, Kiss-Ins, Protests & Candlelight Vigils: 30 Years of Activism on Camera by Jim Hubbard.” The Q&A was moderated by Rhonda Vigeant (Pro8mm ).

Jim Hubbard has been making films since 1974. Among his 26 films are “United in Anger”, “Elegy in the Streets”, “Two Marches”, “The Dance”, and “Memento Mori”, which won the Ursula for Best Short Film at the Hamburg Lesbian & Gay Film Festival. He co-founded MIX – the New York Lesbian and Gay Experimental Film/Video. Under the auspices of the Estate Project for Artists with AIDS, he created the AIDS Activist Video Collection at the New York Public Library. He has curated film series for the Guggenheim Museum, the New York Public Library, and the Museum of Modern Art.

Rhonda Vigeant is co-owner of Pro8mm in Burbank, California, a company dedicated to the professional use of Super 8 film for both production and archiving. Her company has transferred over 30 million feet of legacy footage in 8mm, Super 8, and 16mm film for almost 50 years. Rhonda is an Associate Member of the American Society of Cinematographers (ASC), Chairperson of the Al Larvick Conservation Fund, member at large of the Southern California Genealogical Society and a catalyst for promoting the use of home movies in the research of family history. She is a member of The Photo Managers, a professional organization that helps consumers conserve their media where she uses her expertise to help the association’s members with their clients’ home movie preservation needs. She has been a member of AMIA, (The Association of Moving Image Archivists), and has served as chairperson of the Small Gauge Committee for that organization. She has hosted and participated in Home Movie Day Events, and has been a speaker on the topic of Home Movies as Physical Evidence in Research Initiatives. She is the author of the book “GET ‘REEL’ ABOUT YOUR HOME MOVIE LEGACY…Before It’s Too Late”, and was the creator and host of the Home Movie Legacy Project Podcast.