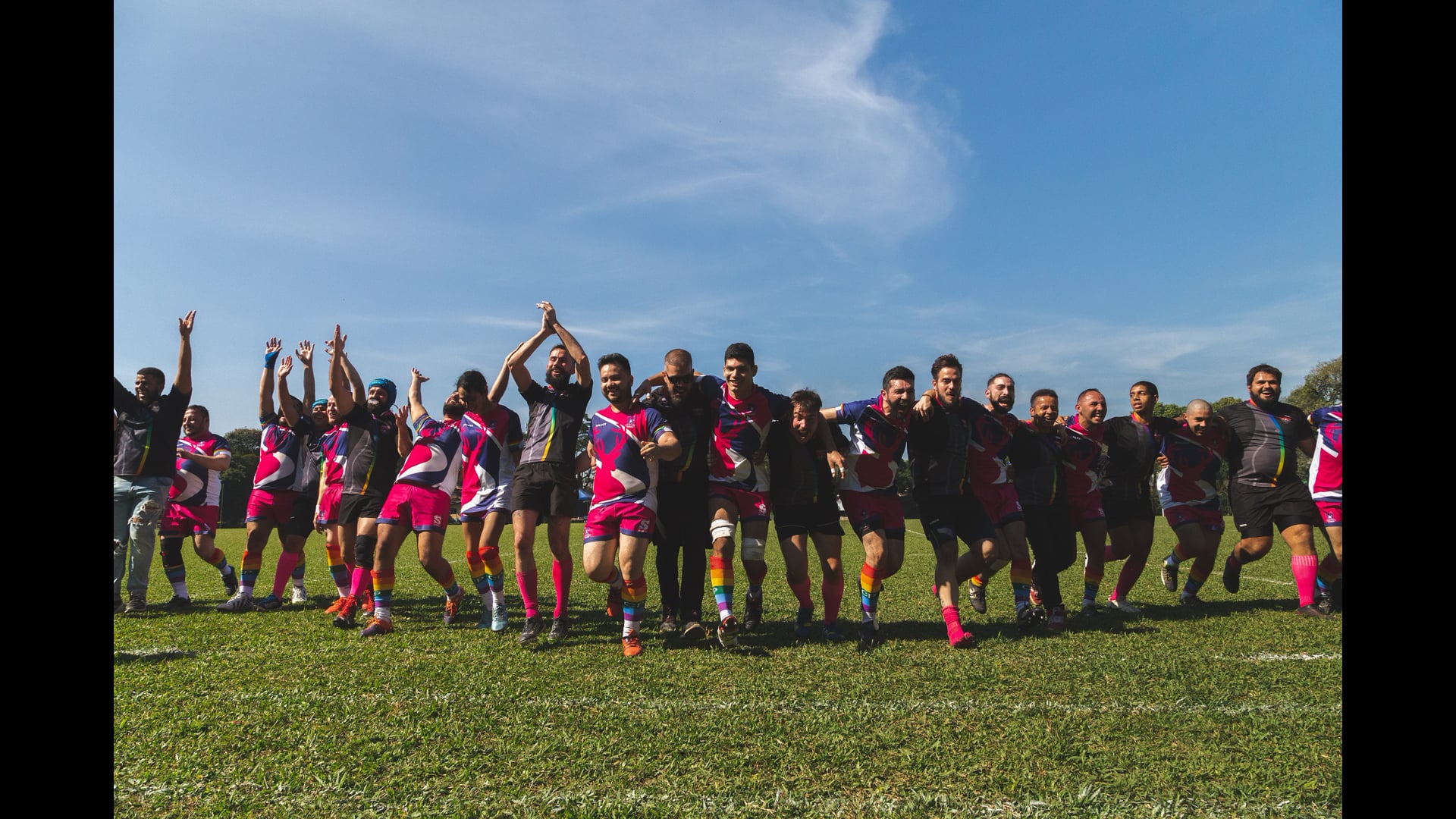 A day of a Rugby play between Tamanduas (Brazil) and Ciervo Pampas (Argentine), two inclusive teams. Before, during and after the game, we got to know a little bit of the player relationships with sport and their own identity. It was a game held in Sao Paulo, Brazil at the Diversity Week program.

Born in São Paulo, Brazil, Caio Baú is graduated in Cinema at FAP/UNESPAR. His graduation project “Luiza” (15’, 2017) is his first work as a director. The short film has received 14 awards and was screened in more than 50 festivals, among them Dok Leipzig, FIDBA and Kinoforum. As a producer, had been part of several projects between series, short and feature films. “Crouch, Bind, Set, Slay”(10’, 2020) is his second documentary film and today he is developing his first feature as screenwriter and director, “Bambi”.

My Latest Sun Is Sinking Fast

Sep 19, 2021
We use cookies on our website to give you the most relevant experience by remembering your preferences and repeat visits. By clicking “Accept All”, you consent to the use of ALL the cookies. However, you may visit "Cookie Settings" to provide a controlled consent.
Cookie SettingsAccept All
Manage consent