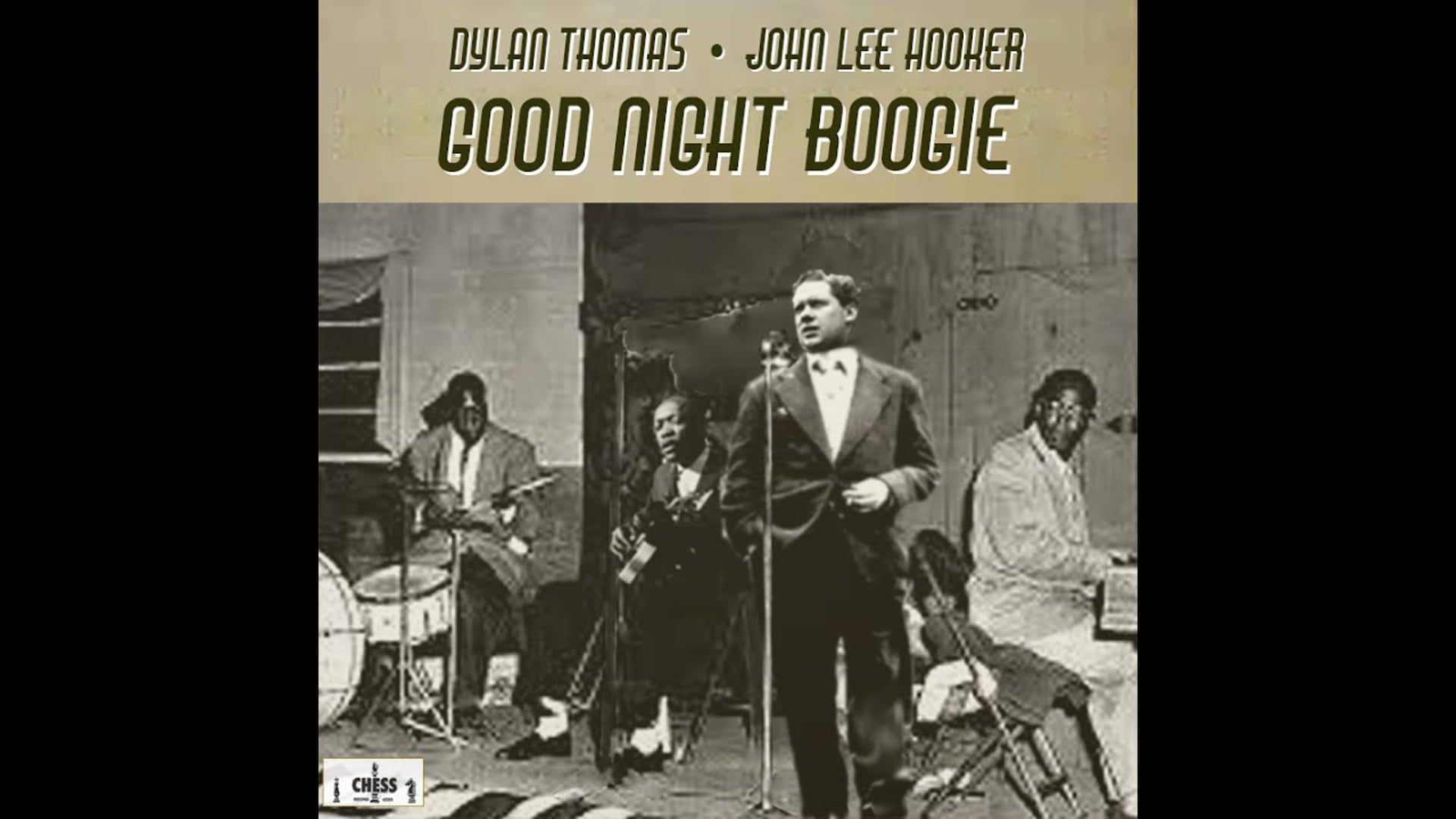 It is said that when the Welsh poet Dylan Thomas was touring North America in 1950, he met an up-and-coming musician in Detroit named John Lee Hooker. They hit it off immediately, and many tales are told of their drunken exploits in the low dives of Motor City and beyond. At one point, there was even talk of a collaboration, whereby Hooker would record a selection of Thomas’s poems in his own distinctive musical style, with vocals by Thomas himself. But the two lost touch, and when Thomas succumbed three years later to his own chaotic demons, the project died with him.

Good Night Boogie was written for Thomas’s father, who had always passionately encouraged young Dylan’s poetic career, but was now dying of throat cancer, reduced to a passive shell of a man. Thomas was devastated and wanted his old dad back. So being a young man with no comprehension of the relationship between old age and death, he wrote a poem to encourage him to buck up and try to beat the reaper. He regretted that its subject, having also gone blind, could never read it, but he must surely have read it to him.*

The song was originally written as a sonnet, but Hooker convinced Thomas to change it to a villanelle, as the 3-line-per-stanza format of the latter was more appropriate to a blues-style rendition. Unfortunately the only surviving recording from that time is a rather dreary unaccompanied recitation by the poet himself, under the title Do Not Go Gentle Into That Good Night (Rage Rage Against The Dying Of The Light) – https://www.youtube.com/watch?v=g2cgcx-GJTQ – which sounds more like a spectral voice beckoning from beyond the grave than a call to action against the ultimate foe. Thomas’s interpretation has been the model for generations of sonorous dirges by distinguished British actors (even Iggy Pop for God’s sake! (https://www.youtube.com/watch?v=bSWQNcvB3qE ), but Hooker had in mind something much more upbeat, which might make someone actually want to stay alive and keep grooving. It didn’t happen, but here is my own take on what might have been.

————————————
*”So Dad, did you like it?”
”Oh yes Dylan, it’s, uh, very good, really. And I’ll definitely be following your suggestion to spend my final agonizing days ranting like a lunatic against something over which I have not the slightest control; the only thing, in fact, that can release me at last from that same agony. Maybe if you spent less time raging and denying the reality of death, while actively seeking it at the bottom of a bottle, you could put it off even longer than I did. Please son, go gentle.”
————————————
Notes:
• “It is said” is an ancient Welsh expression meaning “Everything that follows is a lie”.
• This is the second of my series of classic poems set to music. For a 90s Eurodance take on William Blake’s The Tyger (Burning Bright) & The Lamb, see https://www.youtube.com/watch?v=M9ZZXdP_EOA

I Only Want to Be With You