Join Us Tuesday, August 24th at 2PM EDT with “What Drives Us” Executive Producer John Ramsay! 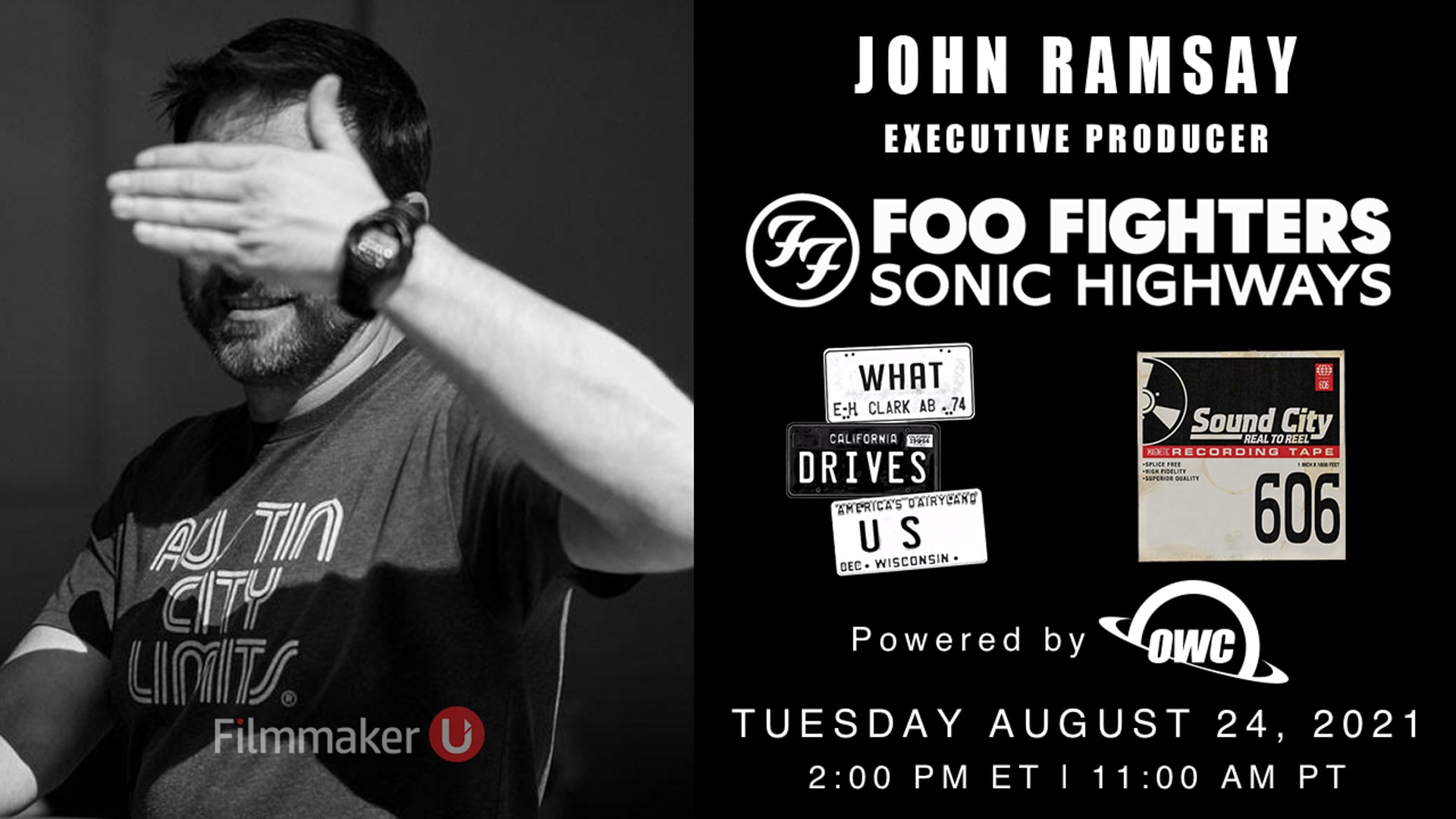 On this BONUS Filmmaker U Chat we sat down with Executive Producer and co-founder of Therapy Studios, John Ramsay! On this episode we talk with John about his relationship with Dave Grohl and producing his various projects. We also talk with him about his work through Therapy Studios and much more. Tune in!

With music documentary “What Drives Us” releasing on the select Coda Collection, executive producer John Ramsay continues to build upon the brand and reputation of his full service Therapy Studios.

The feature, directed by Foo Fighter’s Dave Grohl, expands on Ramsay and Grohl’s earlier collaborations: the Emmy-award winning HBO series “Sonic Highways,” chronicling the recording of the band’s 8th studio album while celebrating the band’s 20th anniversary; and the 2013 documentary “Sound City,” which premiered at the Sundance Film Festival.

Previous producing credits from Ramsay cover an array of content including the Tribeca Film Festival selected, critically-acclaimed documentary “Transcendent Man” based on the life of Ray Kruzwell.

Ramsay’s ethos and leadership of Therapy Studios are informed by his multifaceted journey from line producing independent films in New York City, through working as associate producer on VH1’s hit television series “Pop-Up Video” and handling accounts on Miramax Films productions. After moving to LA in 2000, Ramsay worked in the finance and production accounting departments of Sony Pictures and Columbia Tri-StarTelevision. He next worked at a Venice Beach post-production facility as a producer and post-production supervisor.

Today, Ramsay continues to serve as Executive Producer and Partner at Therapy Studios, producing and developing original material across all formats and genres. He leads a team of 22 craft artists, providing the entertainment industry with a trusted home for productions.

Originally from New Jersey, Ramsay lives in Los Angeles with his wife and two children.

—
Before the age of digital, mentorship played a key role in film crews, post rooms, and a filmmaker’s career development. Places like the cutting room were hubs for passing on techniques, ideas, war stories, teamwork, and developing relationships that would help you evolve your career. You would move from trainee to assistant, and eventually, the day would come where you became a full-fledged Cinematographer, Editor, Colorist, VFX Artist or any other position in the film industry.

Pros who had worked years and were coming close to the end of their career, delighted in sharing their knowledge and ideas that they had learned over the decades. However, in the digital era, young film professionals are thrust into positions without having the chance to learn from those at the top of their game.
Filmmaker U was created to help fill this void in the modern-day film industry. This online education series brings the best in the business from behind the camera, to any aspiring artist anywhere in the world who can no longer obtain this type of apprenticeship.

Aug 11, 2022
We use cookies on our website to give you the most relevant experience by remembering your preferences and repeat visits. By clicking “Accept All”, you consent to the use of ALL the cookies. However, you may visit "Cookie Settings" to provide a controlled consent.
Cookie SettingsAccept All
Manage consent