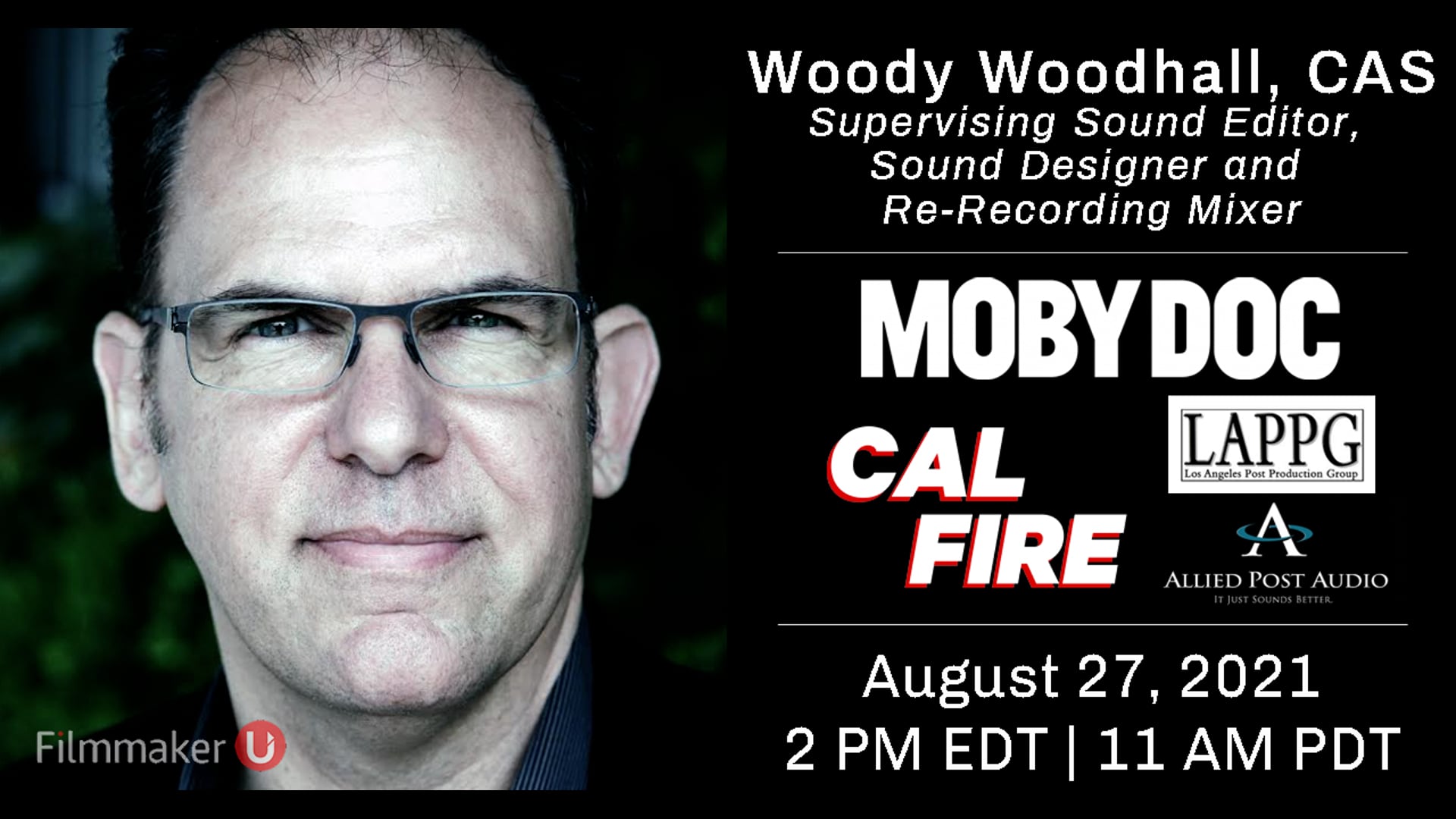 On Friday, August 27th at 2PM EDT we are joined by award-winning Supervising Sound Editor, Sound Designer and Re-Recording Mixer Woody Woodhall, CAS. In this interview we talk about Woody’s various roles in film and his work with LAPPG. Tune in!

Woody Woodhall, CAS is the owner of Allied Post Audio in Santa Monica, CA and is an award-winning supervising sound editor, sound designer and re-recording mixer. His work spans feature films, documentaries, podcasts, commercials, and television programming including hundreds of hours for outlets such as Netflix, Amazon Studios, YouTube Red, CBS, Comedy Central, and Food Network He has recently completed mixing the 1st season of the series Cal Fire for Discovery Network, a feature documentary on the electronic musician, Moby, called, Moby Doc, as well as an upcoming feature film release starring Mena Suvari called, The Greatest Inheritance. Woody is author of the college textbook, Audio Production and Postproduction, used at universities across the world. He also heads the Los Angeles Post Production Group (LAPPG) where he shares his filmmaking expertise alongside other working professionals on a monthly basis.

Before the age of digital, mentorship played a key role in film crews, post rooms, and a filmmaker’s career development. Places like the cutting room were hubs for passing on techniques, ideas, war stories, teamwork, and developing relationships that would help you evolve your career. You would move from trainee to assistant, and eventually, the day would come where you became a full-fledged Cinematographer, Editor, Colorist, VFX Artist or any other position in the film industry.

Pros who had worked years and were coming close to the end of their career, delighted in sharing their knowledge and ideas that they had learned over the decades. However, in the digital era, young film professionals are thrust into positions without having the chance to learn from those at the top of their game.

Filmmaker U was created to help fill this void in the modern-day film industry. This online education series brings the best in the business from behind the camera, to any aspiring artist anywhere in the world who can no longer obtain this type of apprenticeship.