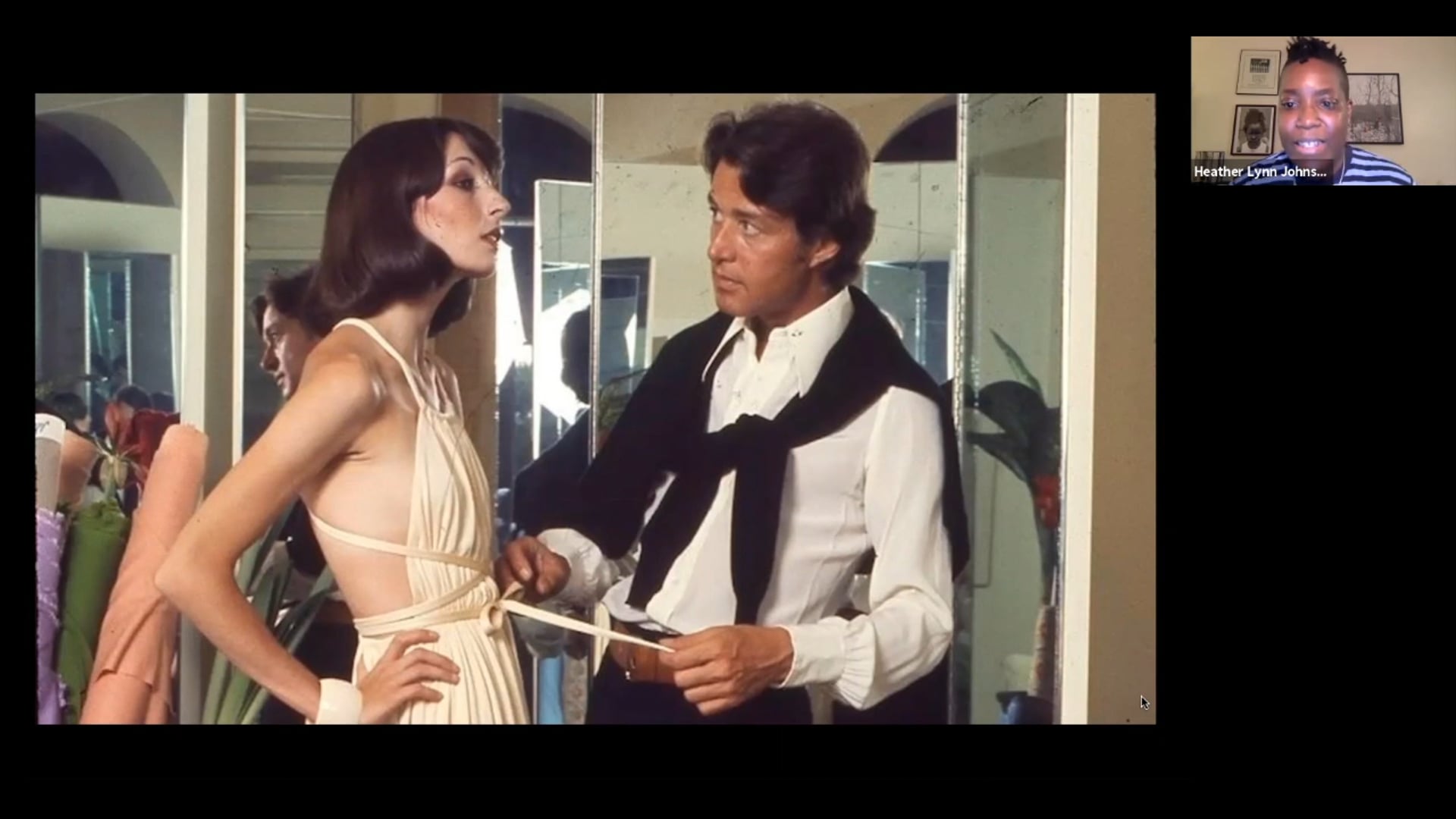 Filmmaker and producer Frédéric Tcheng hosted our third program this season, leading discussions on two films: Pier Paolo Pasolini’s 1968 classic, TEOREMA and François Ozon steamy narrative short, A SUMMER DRESS. The cinematic dreaminess of Pier Paolo Pasolini’s TEOREMA brings a 1968 Italian middle-class family to the silver screen. The film portrays a family, spiritually bereft but living a comfortable life of complacency, social status, and corporate idealization—with no passion for life until a visitor arrives. Known for depicting sexuality as a tool to render everything from hypocrisy to the heroic, in this classic, Pasolini explores sexuality to narrate the 1968 political movement, Il Sessantotto. The movement, which comprised protests driven by the working class, opposed traditional Italian values and called for an end to consumer capitalism and patriarchal structures. For Queer|Art|Film Club: Free Your Mind, guest presenter Frédéric Tcheng discussed how the “sexual tension, the religious overtones, and Silvana Mangano’s glamour” in TEOREMA inspired his personal career as a filmmaker, editor, and producer.

For Frédéric Tcheng, François Ozon’s 1996 narrative short, A SUMMER DRESS, is “an irresistible haiku on the circulation of desire and the fluidity of gender.” Regarded by many as the “first mainstream French queer filmmaker,” François Ozon has inspired generations to come with his flirtatious and evocative portraits of queerness.

“TEOREMA is a riddle that has fascinated me ever since I discovered it as a teenager. The sexual tension, the religious overtones, Silvana Mangano’s glamour… But above all, it’s the complete queerness of the worldview that transfixed me. Pasolini abolishes all boundaries, between gay and straight, between art and sex, between god and man. For the 16-year-old that I was, it was a revelation, a taste of cinematic sublime.”

Frédéric Tcheng on A SUMMER DRESS

“The first LGBT event I ever attended was a screening of short films by François Ozon in my home town of Lyon. A SUMMER DRESS was the gem of the program, an irresistible haiku on the circulation of desire and the fluidity of gender. In 15 short minutes, Ozon manages to pack two sex scenes, skinny dipping, and a campy rendition of the song Bang Bang.”

About Queer|Art|Film Club: Free Your Mind Organized by curators Adam Baran and Heather Lynn Johnson, the third “stay-at-home” digital season of the long-running screening series— titled Queer|Art|Film Club: Free Your Mind— focuses on the art of cinema as it arrives at a challenging crossroads. During the first year of the COVID-19 pandemic, funding, production, and distribution opportunities for filmmakers changed dramatically in a variety of ways. As we enter year two, we’ll be talking with five filmmakers at different phases in their careers about the unique challenges they’ve faced in the pursuit of their art, and how they envision the future of film. What does it mean to be a queer filmmaker during the COVID-19 pandemic? How can LGBTQ+ movie makers continue to get their stories and voices heard in a content-cluttered media landscape? And can the cinema of the past offer clues and guidance for how to move forward into uncharted territory? Join us for another thought-provoking season of groundbreaking films and conversation.

Queer|Art|Film is supported by HBO.

Oct 16, 2021
We use cookies on our website to give you the most relevant experience by remembering your preferences and repeat visits. By clicking “Accept All”, you consent to the use of ALL the cookies. However, you may visit "Cookie Settings" to provide a controlled consent.
Cookie SettingsAccept All
Manage consent