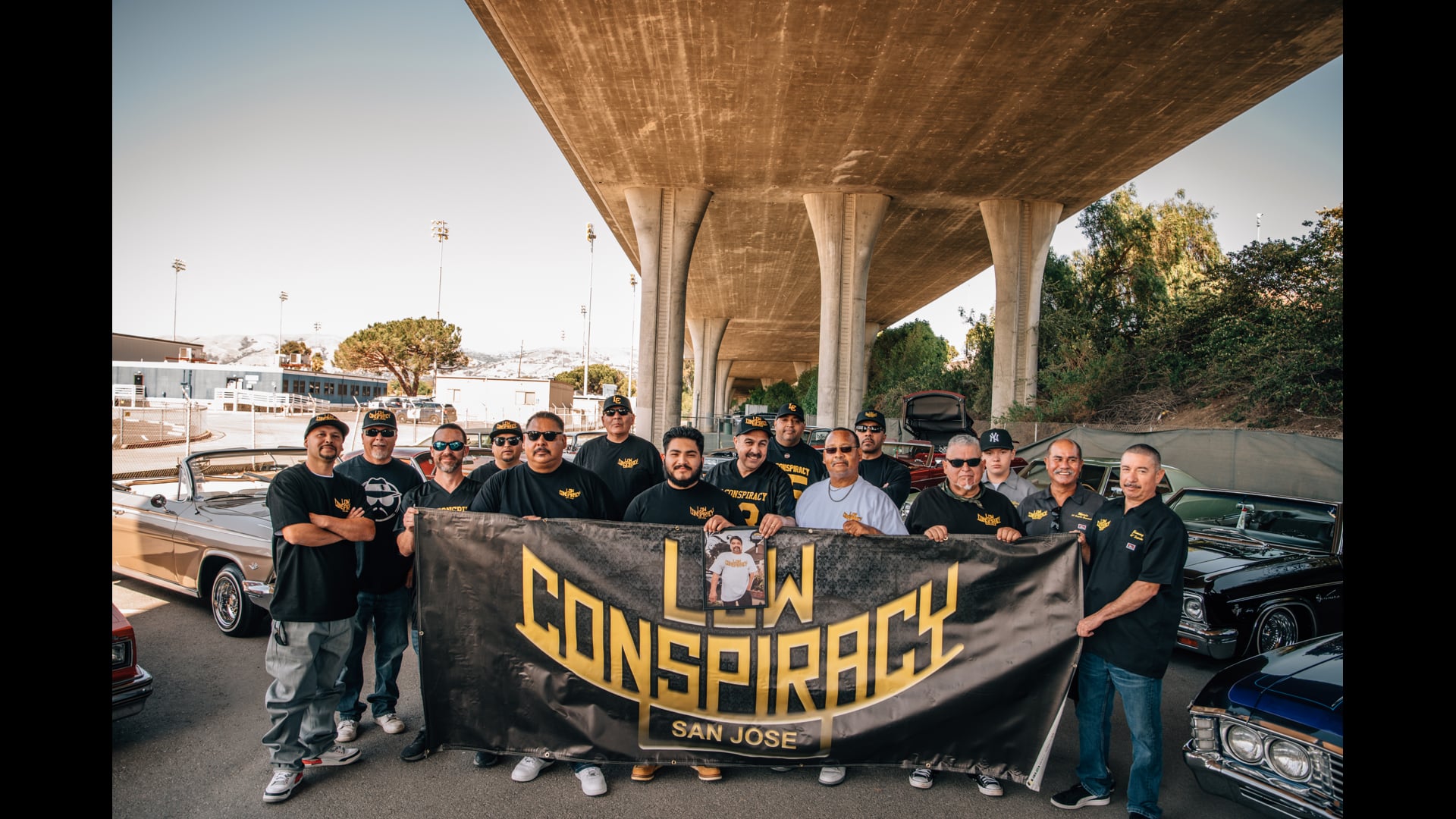 Featured in coming issue 13.4 “Profiles”
Low Conspiracy Car Club @lowconspiracycc
East San Jose was arguably the hub of the lowrider golden age during the late ’70s and through the ’80s, despite its LA roots—a period Abel refers to as the “King and Story Days.”

Cruising acted as a night club on wheels, as much a social staple of the time as spending your nights at the roller rink or the bowling alley. “Once you saw another car flying your plaque [in the rear windshield] you would follow him. Before you knew it, you had a dozen club members cruising together,” Sergio explained in an interview with Lowrider Network. “That was how we met up back when no one had cell phones.”