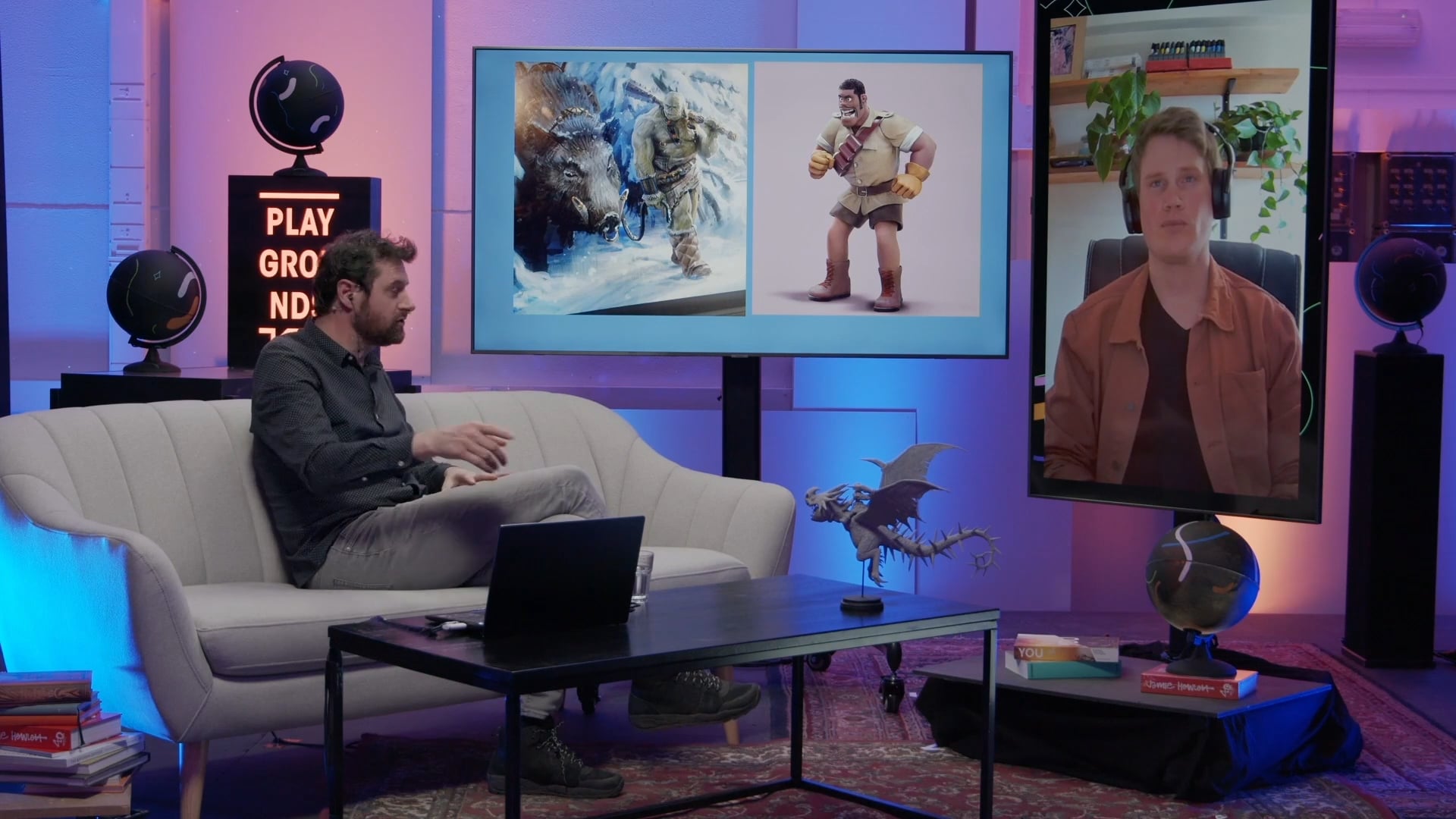 Daniel Clarke is an illustrator and character designer based in Cape Town, South Africa. In this in-depth interview, recorded during the World Tour, Playgrounds director Leon van Rooij dives into Daniel’s artistic journey. What’s striking about talking with this artist is how real he likes to keep things. He doesn’t shy away from admitting things he doesn’t know or has a difficult time managing, but in the same time, is extremely assured and self-aware regarding his assets.

Daniel started his career in the animation industry but has worked in the fine art, illustration, comic book and live-action film industries as well. “An eclectic collection of interest” he calls it. Despite not having a formal artistic education, he did grow up in a family of artists, being exposed to painting and drawing from an early age. A big role in his autodidact path was played by his joining of international concept art forums giving him insights about what other people were doing in the industry. Especially with the lacking of a concept art dedicated community in South Africa, at that time, the online connections and interactions proved extremely valuable.
Primarily focusing on the human figure, be it through character design or oil portraiture, he renders his subjects with a rich and energetic pallet that lends itself to their kinetic and exaggerated nature. During the interview he talks about the themes and aesthetics he is drawn to but also about the impact of social media. “I don’t know how to have a career without a social media presence” he says, noting the importance of posting consistently, having a certain predictability in terms of visual style and creating in ways that algorithms respond good to. He is however quite aware of the dangers of becoming a slave to keeping up a social media following and responding to expectations. Which is why in the subjects of his designs he is “always looking for something slightly awkward, something human, something interesting. Not a pose that you’ve seen before or would expect”. Coming from a person that has carved his own unique artistic path, Daniel Clarke sure manages to express lots of insights we can all benefit from. Definitely a talk you shouldn’t miss!

The Only Difference Between Martyrdom and Suicide Is Press Coverage

Oct 28, 2021
We use cookies on our website to give you the most relevant experience by remembering your preferences and repeat visits. By clicking “Accept All”, you consent to the use of ALL the cookies. However, you may visit "Cookie Settings" to provide a controlled consent.
Cookie SettingsAccept All
Manage consent