From Rhodes to Churchill: Empire, Race and Commemoration 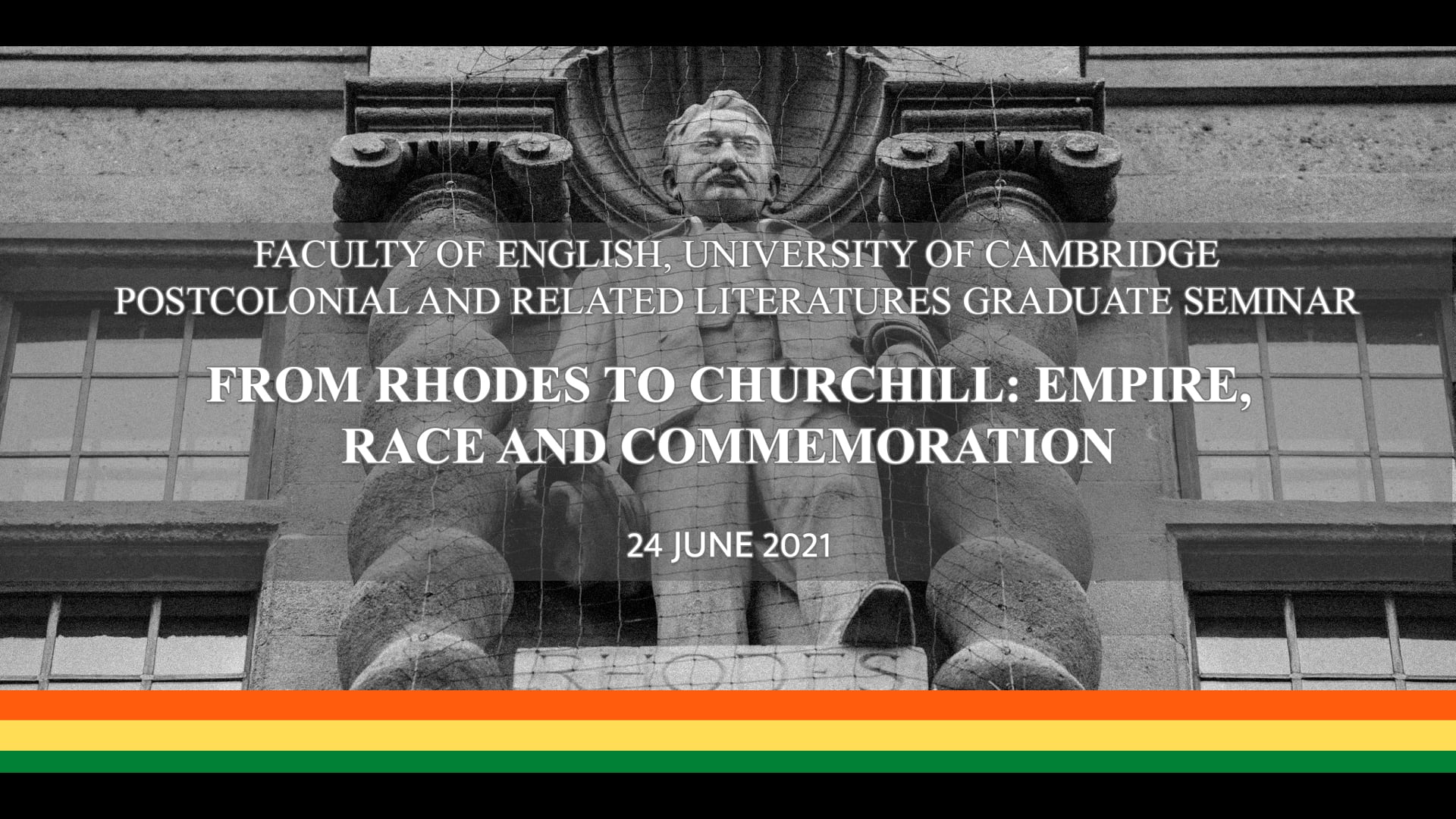 Hosted by the Postcolonial and Related Literatures Seminar, Faculty of English, University of Cambridge

This panel brings together writers, researchers and campaigners who have been engaged with the challenging question of how to engage with Britain’s imperial history in unflinching and truthful ways. What are the politics of erecting or pulling down statues? How do we illuminate the history of buildings and institutions, from universities to museums and banks, in relation to slavery and colonialism? What are the links between commemorating empire and racial justice? How do we tell the stories of iconic figures without shying away from unpleasant or unpalatable realities? The panel will consider how we can engage bravely and properly with history at a time when culture wars are being fomented by vested interests who have economic and political power.

Nadine Batchelor-Hunt is a journalist and broadcaster.

Ruth Ramsden-Karelse is a Research Associate at the University of Manchester’s Centre on Dynamics of Ethnicity (CoDE) working on the contestation and removal of statues of slavers and colonisers in the context of the Black Lives Matter movement.

Alex von Tunzelmann is a historian and screenwriter. Her next book, Fallen Idols: Twelve Statues That Made History, is published on 8 July.

Gary Younge is an award-winning author, broadcaster and a professor of sociology at the University of Manchester in England. Formerly a columnist at The Guardian he is the Alfred Knobler Fellow for Type Media. He has written five books, most recently, Another Day in the Death of America, A Chronicle of Ten Short Lives. He has also written for The New York Review of Books, Granta, GQ, The Financial Times and The New Statesman and made several radio and television documentaries on subjects ranging from gay marriage to Brexit.

The first gay 🏳️‍🌈 on the moon TikTok ethiopianpolice

Jul 4, 2022
We use cookies on our website to give you the most relevant experience by remembering your preferences and repeat visits. By clicking “Accept All”, you consent to the use of ALL the cookies. However, you may visit "Cookie Settings" to provide a controlled consent.
Cookie SettingsAccept All
Manage consent