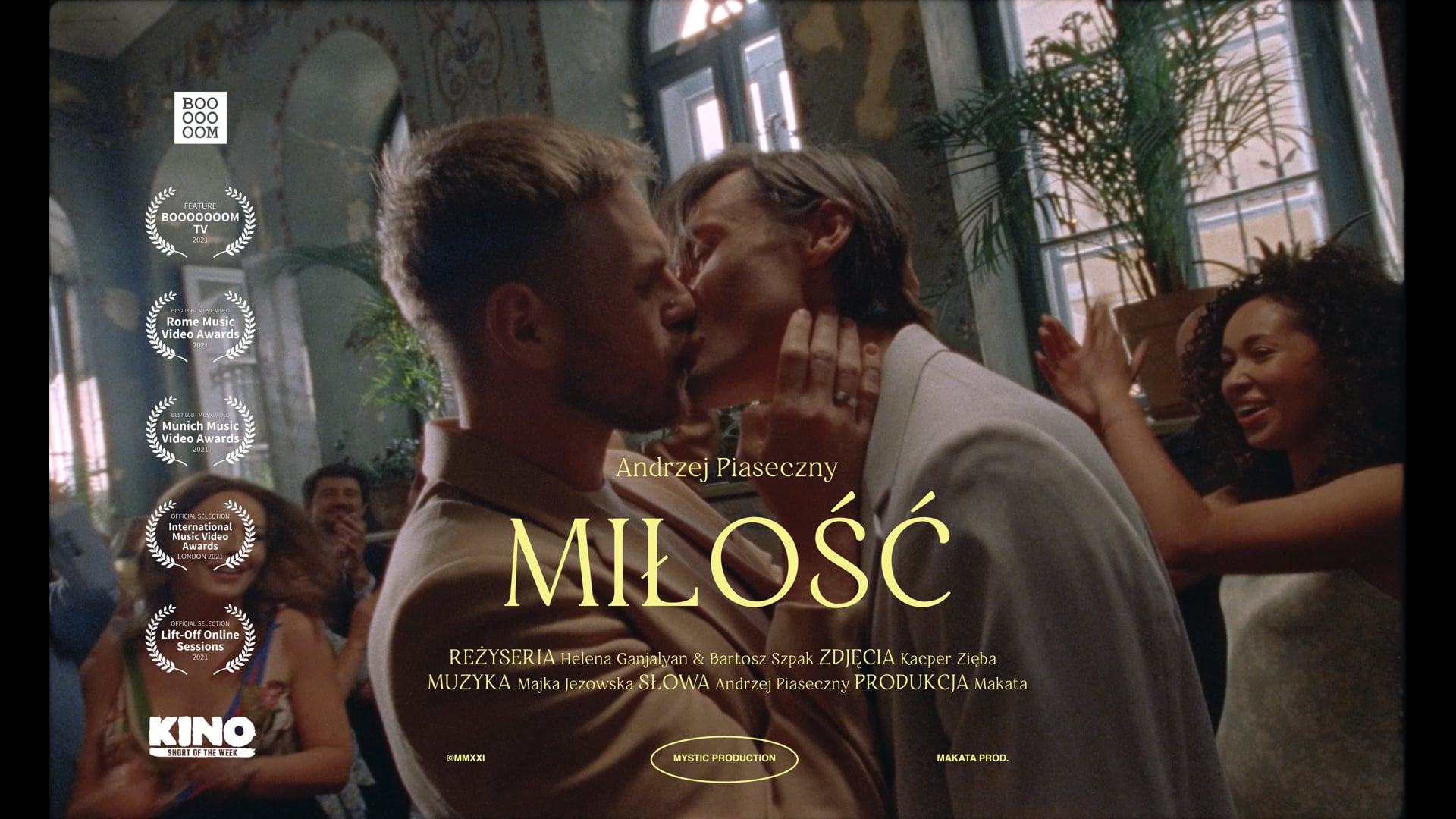 We follow the story of two gay men who are going through the most important moment in their lives. We look at their relationship, showing it through simple, delicate and fleeting impressions. The music video is to be a voice of support for the Polish LGBT + community.

Andrzej Piaseczny is one of the most important Polish musicians and singers. His recent coming out as gay was initiated by an excerpt from the lyrics of “Miłość”, which is a single from the artist’s latest album. It is his and our intention to make this music video a voice of support for the LGBT + community in Poland.

When thinking about the message of the song and our music video, the words of Stephen Fry, British actor and activist who are privately homosexual, come to mind: it is all about love. Not about ideology or political deliberations, but about giving and receiving love, sharing it with other people.

We wanted to make a film that would not shock and seek sensation, but rather tell a story that is simple, delicate and ephemeral.

The key words we started working with were tenderness, closeness and naturalness. Heroes whom you like and who keep your fingers crossed for their shared happiness. We wanted to find actors who would be credible, personally involved in the case and who, through their presence, would fill the entire story with organic emotions.

Thanks to Maciek and Bartek, we have created a romantic, sensitive atmosphere. The ease with which they interacted allowed, despite the short filming period, to create a subtle on-screen relationship.

We also wanted to emphasize naturalness through what surrounds the characters. There is a shot in the clip where the protagonists sit under a plum tree growing at Krakus Mound in Krakow. The branches hanging above them are a symbol of nature that protects and surrounds them, with which they are in harmony and harmony.

While looking for the appropriate visual code, together with the operator Kacper Zięba, we decided to shoot our film using 16mm tape.

We wanted our concept to be “close to the protagonist” – natural, slightly documentary, highly emotional, full of subtle signals. We consider the 16mm negative to be the perfect tool to achieve this effect. The mood is saturated with a delicate, sentimental colors, while the spaces gain a slightly vintage look, which perfectly corresponds to the aesthetics of the arrangement of a musical piece.

The home video sequences were shot using an analog Super8 camera. It gave us the opportunity to break the fourth wall, direct contact with the characters, and the characteristic trembling makes the editing more dynamic.

Thanks to City of Kraków, Krakowskiego Biura Festiwalowego and Play Kraków.
Thanks to DAFI.
Thanks to BMW ZK Motors Dealer for lending of BMW 4 Cabrio.
Thanks to Starling Hats.

Special thanks to Majka Jeżowska.