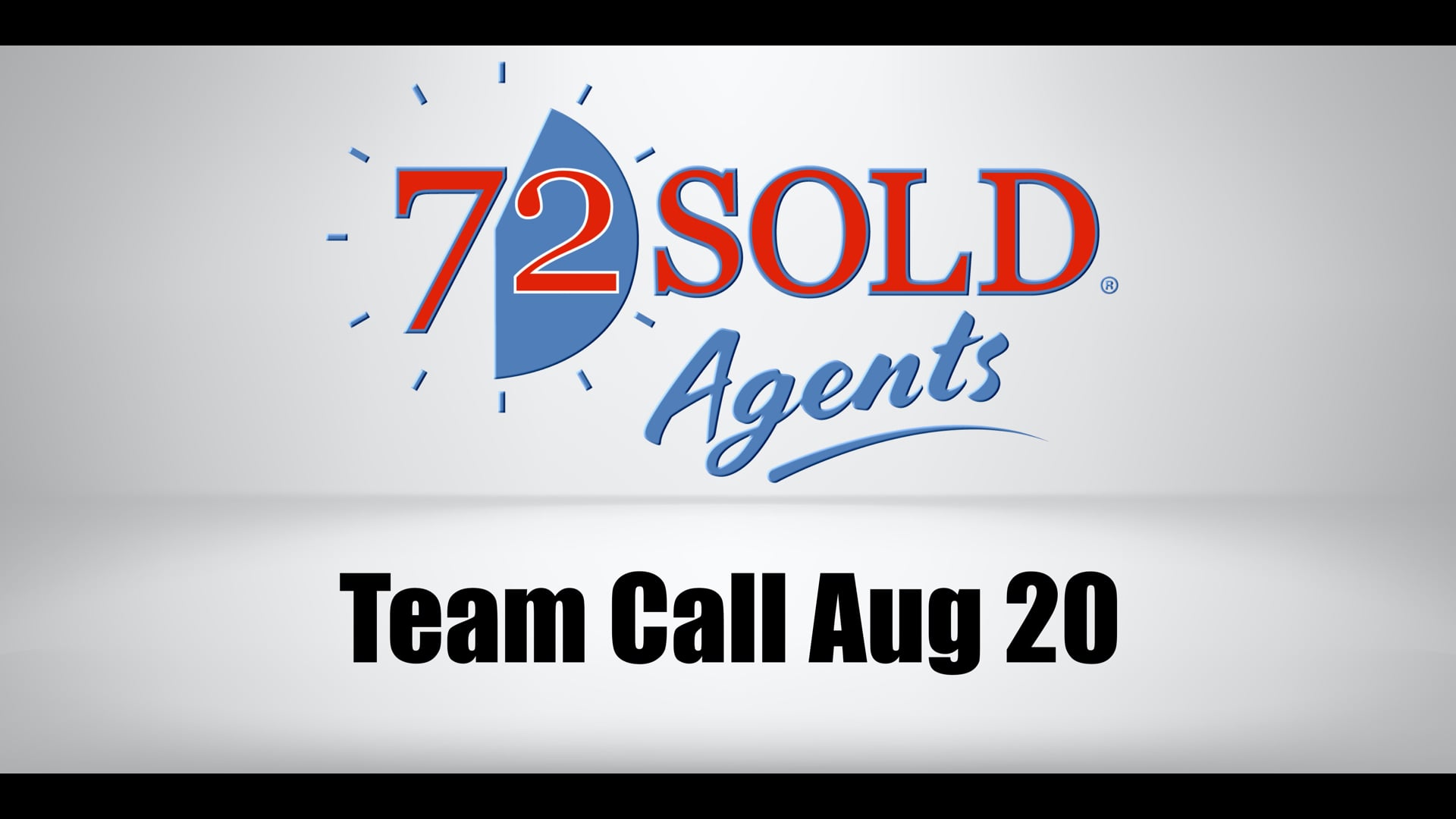 Team Call Aug 20
Mildred Dilorio in Northern New Jersey had sellers who said they would only allow showings for vaccinated people. But when Mildred explained it’s just a 90 minute Launch, that got them to be OK with it. She doesn’t want to exclude any buyers for their home, so restricting it to just the vaccinated people would narrow the buyer pool. However, another agent in her office had a listing appointment in which the client said the same thing, and the broker said that they would need to comply with that. She reached out to Greg to ask how she would even comply with that if the situation comes up again. She does not want to be discriminatory. Greg mentioned that the new seller presentation brochure has a fifth cylinder added to it for selling before the Launch with no showings. Greg suggested that agents avoid doing Mini Launches and try to sell homes virtually with no showings. Greg also said that there is a misperception about discrimination, saying that it is OK to discriminate under certain circumstances and that it happens all the time with job interviews, etc. However, you cannot discriminate against the seven protected classes. But with regard to restricting showings to just vaccinated people, he said if you want to get the listing you must comply with their request. Greg said you will need to ask the sellers what type of protocol they want put in place to make sure that their wishes are carried out. He suggested that agents take a photo of each buyer’s proof of vaccination. He also said if you are not comfortable with this then simply don’t take the listing, but sellers are within their rights to require this.

Taylor Magnuson gave a fabulous presentation at Teresa’s team meeting on Thursday. The main point was getting sellers to price their home reasonably and what he says and does to make that happen. He said that explaining the details of the program is the easy part, but the pricing discussion is typically where agents can get tripped up. He mentioned the pricing pyramid and recommending to sellers that they price their home between 98 to 101% of what the home would likely appraise for. He recently went on a listing appointment with Jenny and when he was running the comps he came across one of his own sales from about seven months ago in which he started at a certain price, but then decided with the sellers to increase the price $20,000 based on such a heavy demand. Ultimately they sold it for $40,000 over that new starting price. He said the point is to explain to sellers that the Starting Price doesn’t necessarily mean that it’s stuck at that price and it can change, pushing up from there based on how much interest they have. He found another example of a home sold by Jim Brent and Jack Merten in which they started the price at $409K, increased the price to $420K during the coming soon period, and ultimately sold the home for $467K. He used that as a perfect example of how to price a home according to the pricing pyramid to ultimately get the sellers the highest price possible. This is a very powerful strategy to use. He also said you can use the opposite strategy in which you show sellers properties that started too high on price and had to take reductions to get it down to where the home would sell. Another powerful tool is to pull up all of the sales for your brokerage to show the sellers how impressive that is if the numbers justify it.

Sarah Perkins shared her National Real Estate with 6 new Tool Belt Items:
The amount over asking in which homes are selling for declined by over 8% from June to July.
National housing affordability index declined by 10% from Q1 2021 to Q2 2021.
Available inventory of unsold single family homes rose 2.5% week over week to the highest level seen in 2021. It has been increasing continuously since April 30.
The median sales price of a single family home in the US declined this week by 0.75% and has been dropping for several weeks.
Second home demand dropped 21% year over year.
U.S. Consumer Sentiment (not just in housing) had a significant decline in the first half of August, with a decrease from 81.2 in July to 70.2 in August. The losses were across age groups, education, and regions.

How to Be Her Best Lover Ever

The Punk and the Godfather